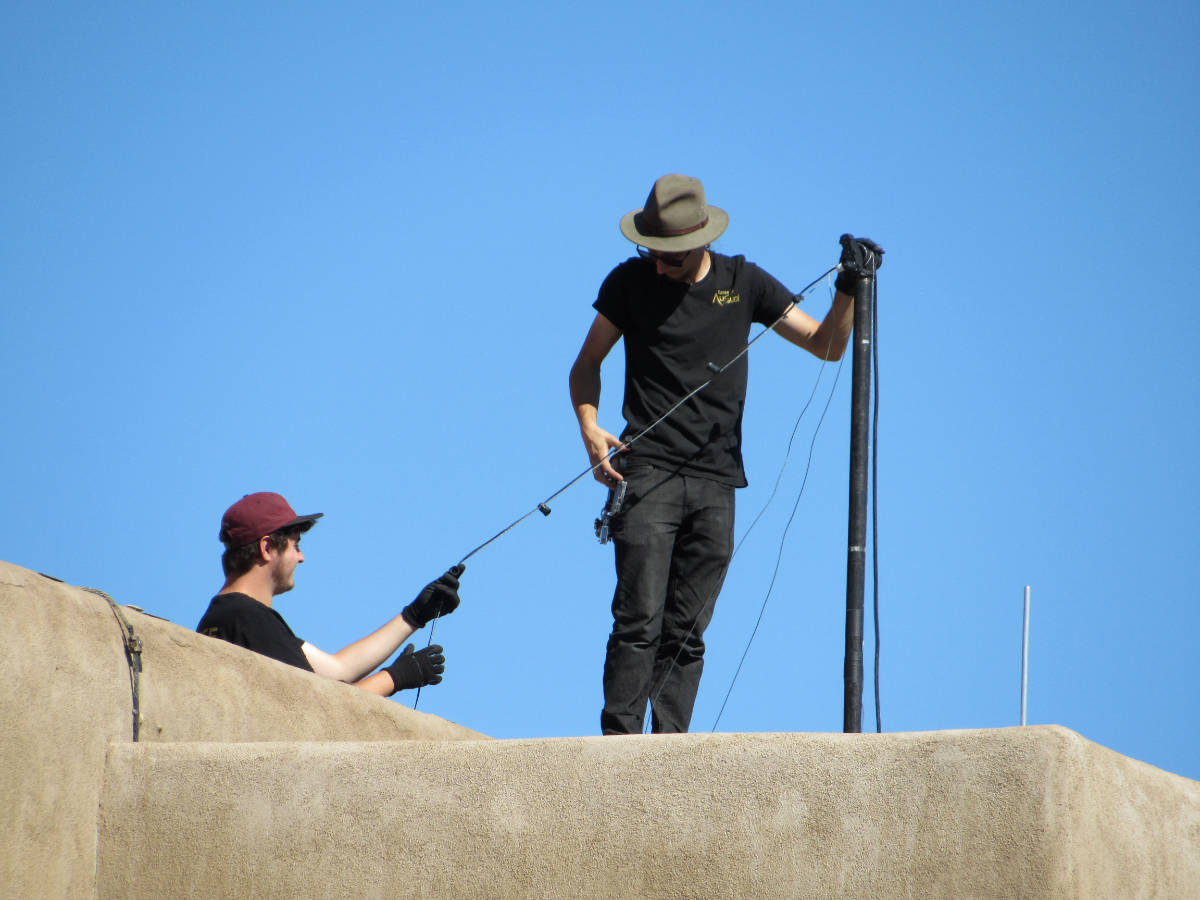 One of the big mysteries is why human beings stand and walk upright. There have been many theories, some of them better than others. I have never subscribed to any of them. Most of the mainstream ideas seem to be related to evolving out of necessity.

This represents the thought that primates at some point opted to abandon their tree life and take to the ground in search of other food sources. This involved traveling by foot which was faster and easier on two legs.

- OK, maybe. But this seems a bit too convenient of an answer.

Millennia ago the planet was taken over by grasslands. It was a phase that spanned eons. One theory is that the primates in order to deal with this change adapted to walk on two feet so they could see above the vast grasslands in search of food.

Anyway. I just wanted to throw out a couple theories that represent evolving out of necessity. Many species on this planet have developed specialized food gathering mechanisms out of necessity. Evolved to better feed themselves type of thing. But I do not believe that walking upright occurred as a food gathering necessity. Primates diverted from the majority of animals a very long time ago. Their evolutionary path solution to food gathering was to simply use their front legs to gather food and stuff it in their mouth. So they made an evolutionary change that allows them to gather and eat a wider variety of food. With a few exceptions, the majority of creatures on this planet gather their food with their mouths. Elephants would be an exception that comes to mind.

Back to our ancient primate ancestors. Millions of years ago they were happily going about the tree based business, climbing, eating, loving their new found advantages. Then it got cold. Earth has gone through several ice ages. Our ancestors survived them all and ended up where we are now. Bipedal and extremely adaptable. Our current closest relatives, the modern day primates are still here, but they travel on all fours as they did in the past for the most part. But where do they live? The majority of monkeys live in temperate climates. The food is more abundant number one, but number two is the temperature.

Take a gander at this video of some Golden Monkeys that live in China in a not so temperate climate. I think I have an answer to this mystery:

Hmm. These cute little guys act just like your run of the mill monkey until there is snow on the ground. Then what? They walk on two legs. Interesting. I would postulate that our evolutionary move to being a bipedal species was not so much out of necessity, but out of a need for comfort and protection of our digits. Envision that you are an ancient hominid, trying to survive one of the many ice ages with your newly developed hands. For fine motor skill reasons the skin is thinner, the fingers longer and thinner, thus making exposure to the elements an issue. Walking around on all fours trying to forage for berries buried in the snow would certainly lead to some frozen fingers.

Just a thought. This common sense comfort reason for being bipedal is very likely to be why we walk on two legs. These golden monkeys almost prove it.

Ancient primates who did not live in a temperate climate would have naturally avoided walking on their hands.