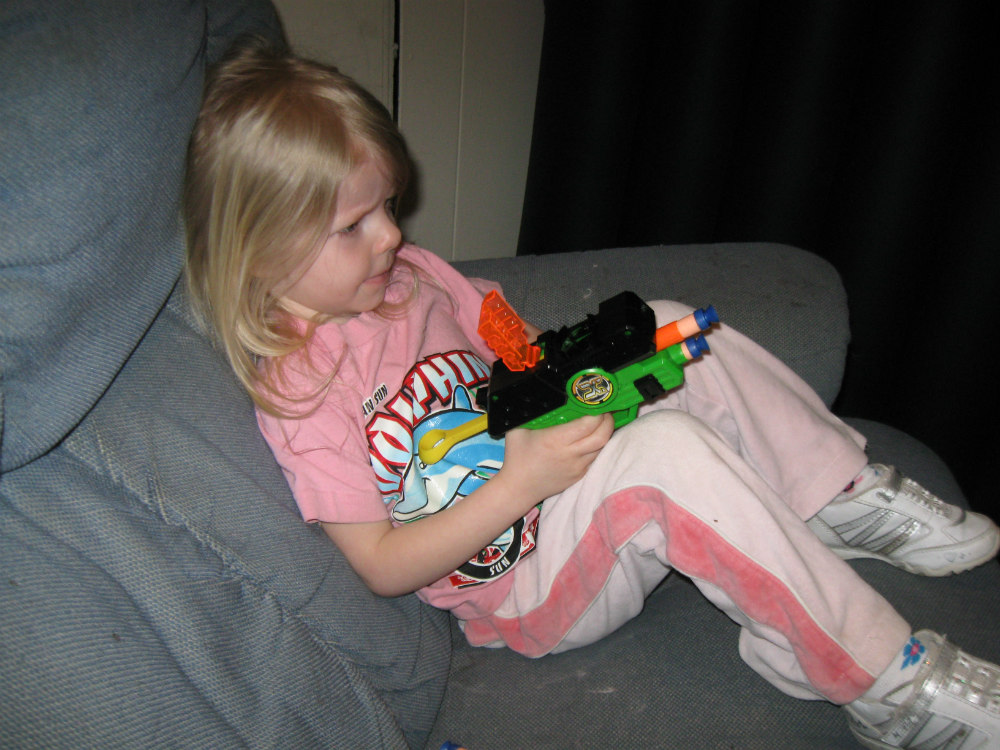 Got the nerf gun for herf birthday. The two of them have been in-separable. Got me to thinking about all this gun ban stuff.

My parents at first tried to keep me away from guns. Banning them just made me interested, so I started playing with the  kids with guns so I could play with one. I would rather teach Siri about guns so she can better understand and also not fear them.

For me it is the challenge of hitting a target. Like the game darts. Marksmanship is an art and it has been selectively bred into us since our ancestors started throwing rocks to provide their dinner. Siri just discovered marksmanship and is obviously hooked already.  I cant imagine going through life without learning to fire a rifle, consequently never getting a chance to improve my skill. The future is bleak, can you imagine future generations with no firearm marksmanship skills?